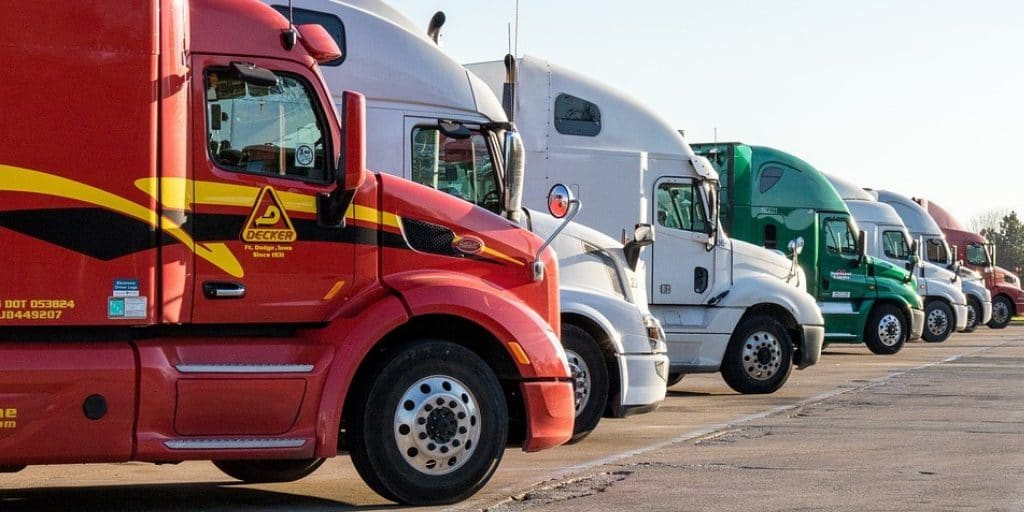 Peak produce season has come and gone for much of the US and its effect on freight rates in 2019 was a bit more subdued than in previous years.

As expected, rates spiked for produce season, but they did not reach the highs we saw in 2018.

While volume of loads shipped was up in June of this year over 2018, average truckload rates remained surprisingly low in comparison.

Pat Pitz of DAT stated, “rates have dropped considerably from record levels in 2018, spot market freight volume – actual loads move – was higher in the first half of 2019 compared to the same period last year.”

Despite a brief capacity crunch in the early weeks of June from the Department of Transportation safety blitz, rates remained predominately predictable for most of the produce season:

Historically, as the volume of loads shipped increases, rates increase as well. But that was not the case this year.

Rates remained lower because of the widely increased capacity available this year.

Truck fleets significantly expanded in 2018 to fill the capacity void and capitalize on premium rates.

As a result, even when the number of loads shipped in 2019 surpassed that of the year prior, there were more available trucks on the road to fill increased demand.

Produce shipments have not only passed peak but have almost altogether subsided throughout most of South. We may still see some fluctuations in capacity throughout southern Texas as imports from Mexico can be variable this time of year.

“In the top 100 lanes, 71 had lower prices last week,” states Allie Lewis of DAT. “While a few markets remain neutral, most are losing pricing power, though most changes in price last week were relatively slight. The national average van rate for July sits at $1.86, down 3₵ from June average but still 7₵ above May.”

However, as the average rate per load decreases country wide, certain lanes will see rate increases as routes out of the south lose desirability after produce season.

This fact, coupled with other trends, indicate that rates are following a more predictable cycle than we saw in late 2017-2018. At present, they are on the way down but have not bottomed out yet for Q3.

According to Tom Denoyer of DAT, “Even with spot rates down about 20% from last year, we don’t think they’ve bottomed yet. But we do see signs that the bottom and next upturn are on their way.”

The consensus is that the market will remain flat through much of Q3 with a seasonal imbalance in Q4 as we approach the holiday season; however, the strain on capacity for the holiday season will be far less dramatic than last year.

Though class 8 orders are down from 2018, orders placed in 2018 are still being fulfilled and new trucks continue to hit the road.

There will be more capacity on the roads this holiday season, and trucking companies have mostly adapted to the use of ELDs. As a result, there will be more available trucks to handle the influx of holiday shipments, thus, we will see increases in rates but not likely a sharp spike.

There is some uncertainty surrounding what will happen in 2020. The primary focus is on the trade war and the potential $300B of tariffs on Chinese imports.

Another factor contributing factor to the uncertainty is the presence of growth in the private fleet sector.

The expansion of private fleets offset the balance of for hire trucks, which drove spot rates down.

Consequently, as spot rates continue to drop private fleets have less to invest into their companies and we can expect to see spot rates rise in 2020.

If the private fleet stabilizes, for hire capacity will be steadier resulting in more predictable spot rates for 2020.

Tariffs and Their Impact 2019 Freight Rates

With the pervasive uncertainty surrounding tariffs and their implementation, it is difficult to predict how they will impact the U.S. trucking industry in the coming months.

The Trump administration has stated that $300B worth of tariffs on Chinese imports will be taking effect; however, this has yet to happen as domestic industries have pushed back against the president’s plan.

But that is not to say we haven’t seen some fallout from the threatened tariffs as imports of Chinese goods have dropped. So too, have exports from the US to the country.

“Overall, imports and exports are declining quarter by quarter, and weak foreign demand will be the biggest challenge in the second half of this year,” said Zhang Yi, chief economist at Zhonghai Shengrong Capital Management in Beijing.

And with that weakening demand the global trade structure is beginning to shift.

As of early June, the U.S. trade deficit shrank to $50.8B while the merchandise-trade gap with China increased to $29.4B according to Jeff Kearns and Reade Pickert of Bloomberg.

While these figures are in line with what economist had anticipated, it is still hard to guess what will happen next.

According to senior U.S. economist Brett Ryan “The shifting policies are really making it difficult for businesses to try to plan ahead and try to get their supply chains in order, and it’s most evident in these big fluctuations that you’re seeing in imports and exports on a monthly basis.”

As both imports and exports fluctuate, trucking companies have a hard time anticipating how much tonnage will move on American highways.

Backhauls Becoming a Thing of the Past

Many truckers will no longer take cheap reloads at below market rates in order to reposition their capacity.

In an article by Peggy Dorf of DAT she reviewed results of a recent survey conducted by the publication that posed the question, “when you can’t find a high-paying load, would you accept a low rate to avoid being empty?”

Almost 400 respondents said no and that they stated they would rather drive with an empty trailer to find a better paying load. Only 23 said they would take the low rate, and 14 said they might if it worked with their schedule.

“Brokers take note: that’s more than 9 out of 10 independent truckers who refuse to haul anything they consider cheap freight,” continued Dorf.

Shippers and brokers who want to keep costs down and capacity readily available, should look to offer round trip opportunities to drivers.

Zipline’s Regional Carrier Team Experts have documented some of the trends they noticed that are currently affecting trucking in their areas:

Our market specialists for the Northeast region is seeing that the markets from outbound OH, NC, SC, GA, FL, and VA are all soft and are getting easier to find available capacity.

Loads outbound from IL to the northeast are also getting covered more easily, though capacity can still be tight at times.

Regional moves within the Northeast are desirable and cross border shipments inbound and outbound Ontario Canada are moving very easily.

In the Southeast, we are seeing that outbound Florida is extremely slow, which is making inbound shipments to Florida less desirable.

Since produce season in the region is over, rates will continue to rise on loads inbound to those states. Outbound southern TX and outbound CA are difficult to negotiate contracts for hauls heading to the Southeast.

In the Midwest, we are seeing that Outbound NJ to most anywhere in the Midwest is desirable especially into the Chicago market. Loads outbound from OH are also easy to source capacity for, especially out of Columbus, Cleveland and Cincinnati. In the past weeks, capacity has been a bit tight on loads outbound from Chicago to the Midwest, but as trucking companies have begun to shift their capacity from the south, we have seen the Chicago market grow softer.

Stay Up to Date

Want to keep up to date with the most recent news affecting the trucking industry? Remain in-the-know of transportation market updates by signing up for Zipline’s monthly e-newsletter.

Join Our Enewsletter and Stay in the Know